90% of global warming takes place in the ocean. The last decade has been the warmest in history, ever since ocean warming started back in the late 1800s. Last year we reached a peak, making 2020 the hottest year to date, with also the highest sea level rise. 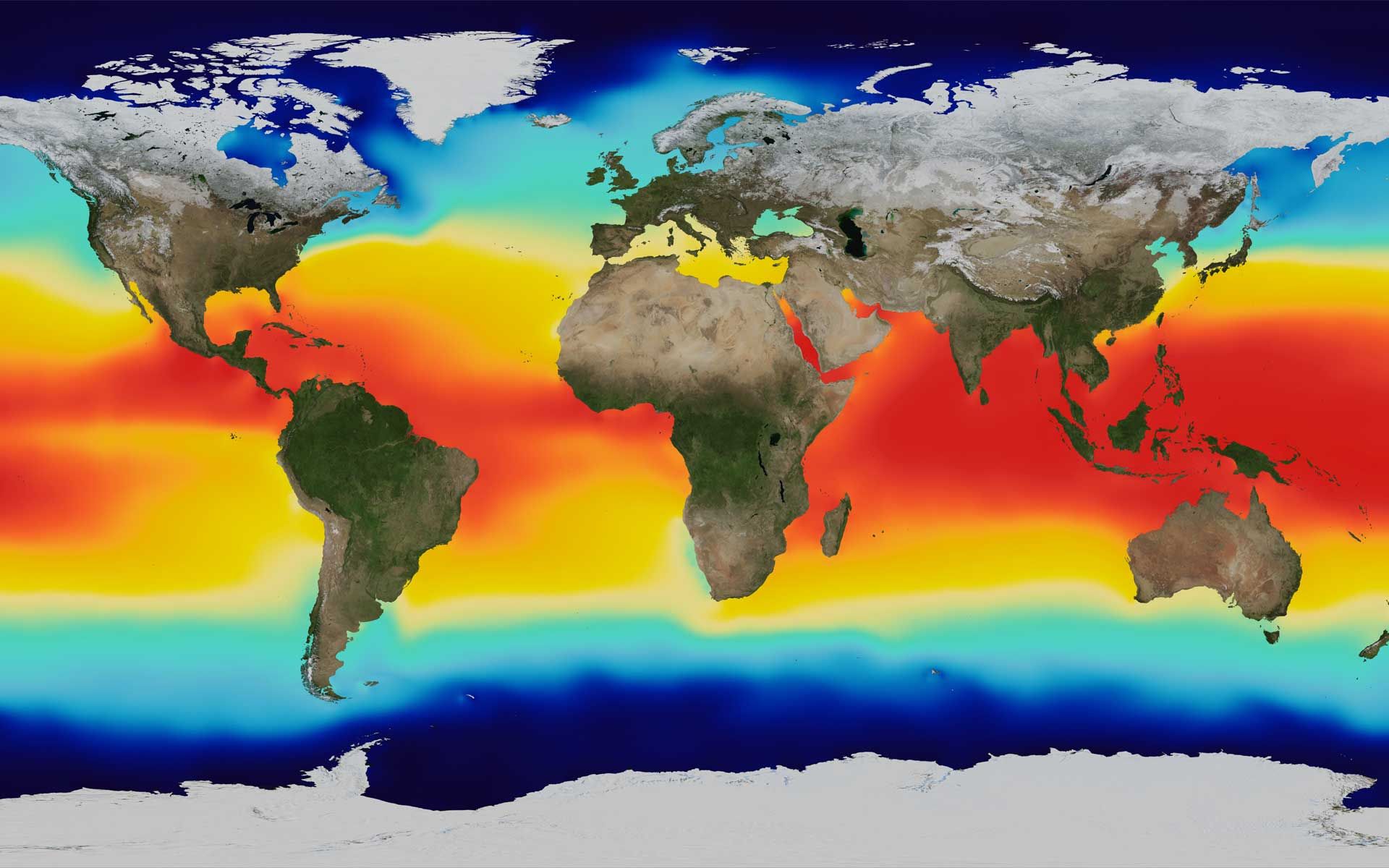 It’s the ocean’s ability to absorb heat that has protected humans from more aggressive changes in climate levels. Without it, global temperature levels would be higher than they are today. The ocean plays a crucial role in the world's climate system stabilization, with its ability to store heat.

One of the main reasons for ocean warming is the increase of greenhouse gas emissions in the atmosphere, mainly as a result of fossil fuel consumption. These emissions prevent the heat coming from the Earth’s surface, from going out to open air as they used to, making the surface layer of the ocean absorb most of this heat.

According to the Fifth Assessment Report, published in 2013 by the IPCC (Intergovernmental Panel on Climate Change), more than 93% of heat from greenhouse gases had been absorbed by the ocean since 1970. Studies in this report also predict an increase of 1ºC to 4ºC in global ocean temperature by the year 2100.

The greatest ocean warming levels have been found in the Southern Hemisphere and are a highly contributing factor to the melting on the Antarctic ice shelves, leading to increased sea water levels. The heat stored in the ocean is responsible for one third to one half of the global sea level rise due to water expansion.

Most energy is stored at surface level between zero and 700 meters of depth. This heat is moved around by tides and currents, but it never disappears. Eventually, all this heat comes back to the Earth’s system causing ice shelves to melt, making water evaporate or making the atmosphere temperature rise. Since this heat energy doesn’t disappear, it can keep warming the Earth for decades after its absorption. The atmosphere has yet to see the full effect of global warming, and the problem will arise if the ocean absorbs more heat than it can release.

The negative effects of ocean warming

Ocean warming has a direct effect on the decrease of oxygen that is contained in sea water, which can directly affect marine ecosystems. The high temperatures, together with ocean acidification (which is a decrease in the oceans pH due to rising levels of CO2) can affect the marine ecosystem and ultimately humans too.

Another direct effect of ocean warming comes as a result of continental ice melting. The warming of ocean waters is the main cause for thermal expansion and a major threat to marine ecosystems and human life along the coastlines in the form of sea level rising.

Water warming can also endanger corals, causing a snowball effect on the marine species that depend on them to survive, and ultimately on human life too. This can come as a result of coral bleaching, but corals also can protect coastlines from sea-level rising and erosion, so this can force coastal communities to relocate to higher sea level areas.

Climate patterns can also be severely affected by ocean warming. Changes in the water temperatures can cause stronger storms or hurricanes to be developed in the tropics. This can have a big impact on floods, causing major property damage and significant economic and health effects in these coastal areas.ç

How can we mitigate this effect?

There are many things we can do to prevent the negative impact that ocean warming can have on marine ecosystems. First and foremost, achieving the goal set by the Paris Agreement and limiting the global average temperature increase to under 2ºC.

Regulating human activities in marine habitats by establishing protected areas may help preserve the ecosystem. Preventing overfishing by introducing policies to keep production at a sustainable limit can help protect marine habitats and control the effects of global warming. This, together with substituting the use of fossil fuels for other forms of energy, such as 100% electric, can also help reduce ocean warming and prevent environmental degradation.