Most animals depend on oxygen to breathe. Breathing produces the energy at a cellular level that is necessary to survive. While most sea animals extract this oxygen from the oceans water, animals who live on land take it from the air’s atmosphere (composed of 21% pure oxygen) in the form of breathing. 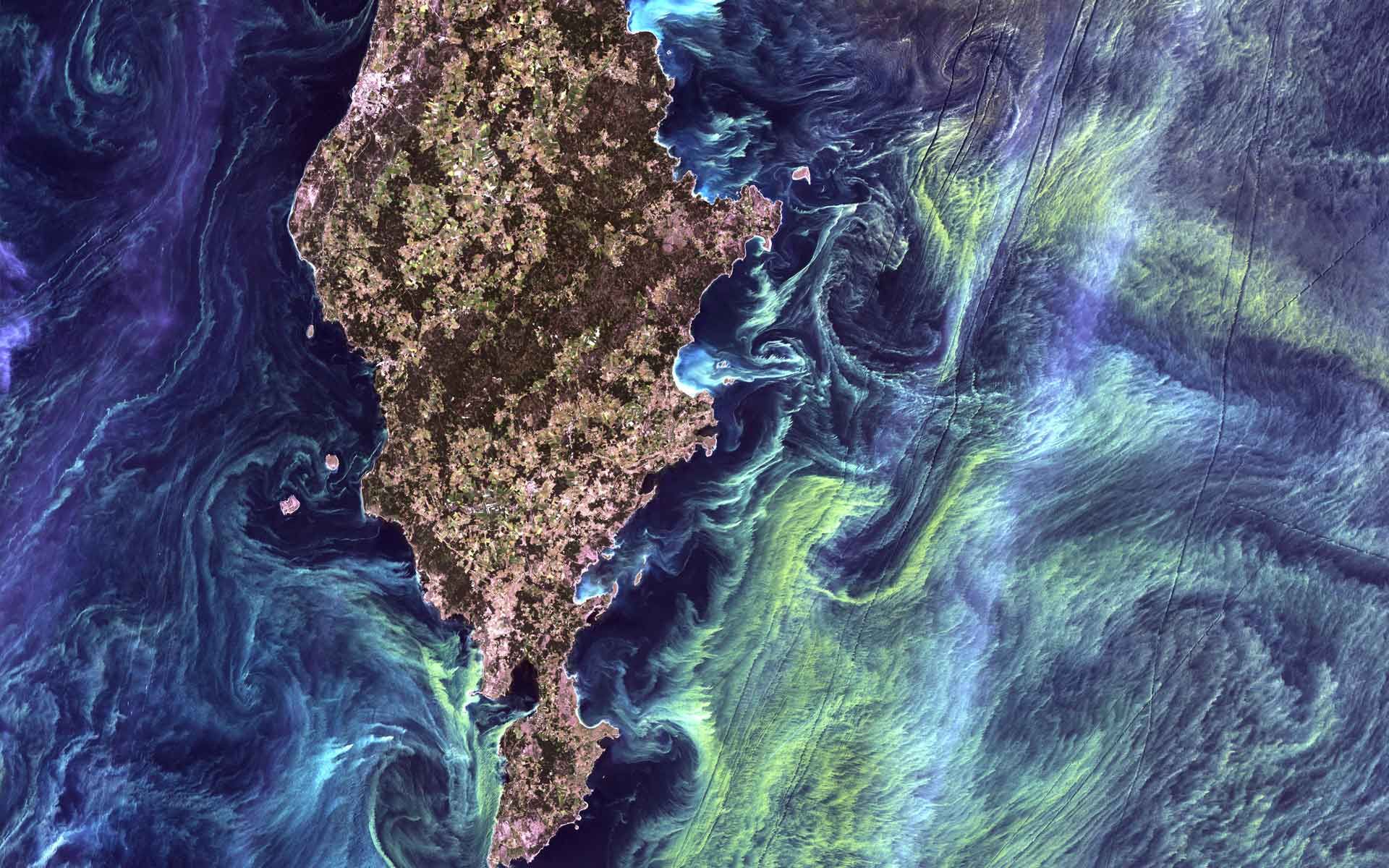 Most animals depend on oxygen to breathe. Breathing produces the energy at a cellular level that is necessary to survive. While most sea animals extract this oxygen from the oceans water, animals who live on land take it from the air’s atmosphere (composed of 21% pure oxygen) in the form of breathing.

But do you know exactly where the oxygen we breathe comes from? Although rainforests are responsible for about 28% of the oxygen found on Earth, most of it (around 70%) is produced by marine plants that live in it such as phytoplankton or algae.

There is a particular type of phytoplankton that is responsible for 5% of global photosynthesis. It’s named Prochlorococcus and it’s the most minuscule and also abundant photosynthesizing cell in the sea. Due to it’s small size, millions can be found in a single drop of water and it’s the most extended photosynthetic organism on Earth, producing oxygen in the atmosphere for one out of 5 breaths we take on average.

The importance of phytoplankton

Phytoplankton is at the base of the food chain. This means that any alteration in its composition or number can alter the whole marine food web and therefore must be preserved at all cost.

Also, as mentioned before, it plays a key role in the carbon cycle, helping to process and store carbon transferring carbon dioxide (the one we produce as waste when we breathe) from the atmosphere to the ocean. This carbon dioxide is later consumed during photosynthesis and produces the oxygen we breathe as waste, so there’s no need to point out the importance phytoplankton has for our survival.

The negative effect of climatic change

According to scientists, phytoplankton has decreased 40% since the 1950’s due to ocean warming. This comes as a result of an alteration in the cycle of currents. Phytoplankton is found in the top surface areas of the ocean (what is named as the “photic zone”). It’s found there because, to be able to produce photosynthesis, it needs sunlight and nutrients. Nutrients get to that top layer thanks to the global conveyor belt (an upwell current that makes nutrients from colder deeper areas circulate to warmer top areas). With ocean warming, this cold/hot current is heavily affected, resulting in not enough nutrients being pushed to the surface where phytoplankton reside and therefore not being able to continue with the cycle of oxygen production.

There needs to be a balance

Although phytoplankton is very important for the environment, it can also do more harm than good. If it multiplies too much, it can create what we know as algal bloom, which can release toxins that negatively impact other ocean wildlife. This can come as a result of fertilizers being thrown or washed into the sea, providing too many nutrients and making phytoplankton multiply at an exaggerated rapid pace. Also, in high numbers phytoplankton can consume all the oxygen in the ocean, resulting in dead zones where other forms of ocean life are not able to survive.

How can we protect the ocean?

If we want to protect phytoplankton and preserve the natural chain of events, there are some actions we can take that will have a direct effect.

Decreasing pollution and using less energy are two ways in which we can help preserve marine life. Using electric powered boats instead of traditional combustion motors can help reduce the amount of emissions and also consume less energy making a better use of the elements we have at hand.

Also, encouraging companies and individuals to preserve nature on land and at sea by not overharvesting marine wildlife and taking care of what is being washed into the ocean.

It’s hard to believe the importance that phytoplankton has in our everyday life. We owe our survival, with every breath we take, to marine animals that are invisible to our eyes. Here at X Shore we look forward to electric boating helping mitigate the negative effect that burning traditional fossil fuels have caused to the oceans and look forward to a future of emission free boating for a cleaner environment.