There are more historical artifacts underwater than in the world’s museums.

Sunken cities, buried antiques, hidden gems or shipwrecks... There's plenty of history underwater that we are not aware of. Under the ocean’s surface lie wonders yet to be discovered. Thanks to deep sea technology, marine archaeologists have been able to unveil some mysteries that have been buried for centuries. 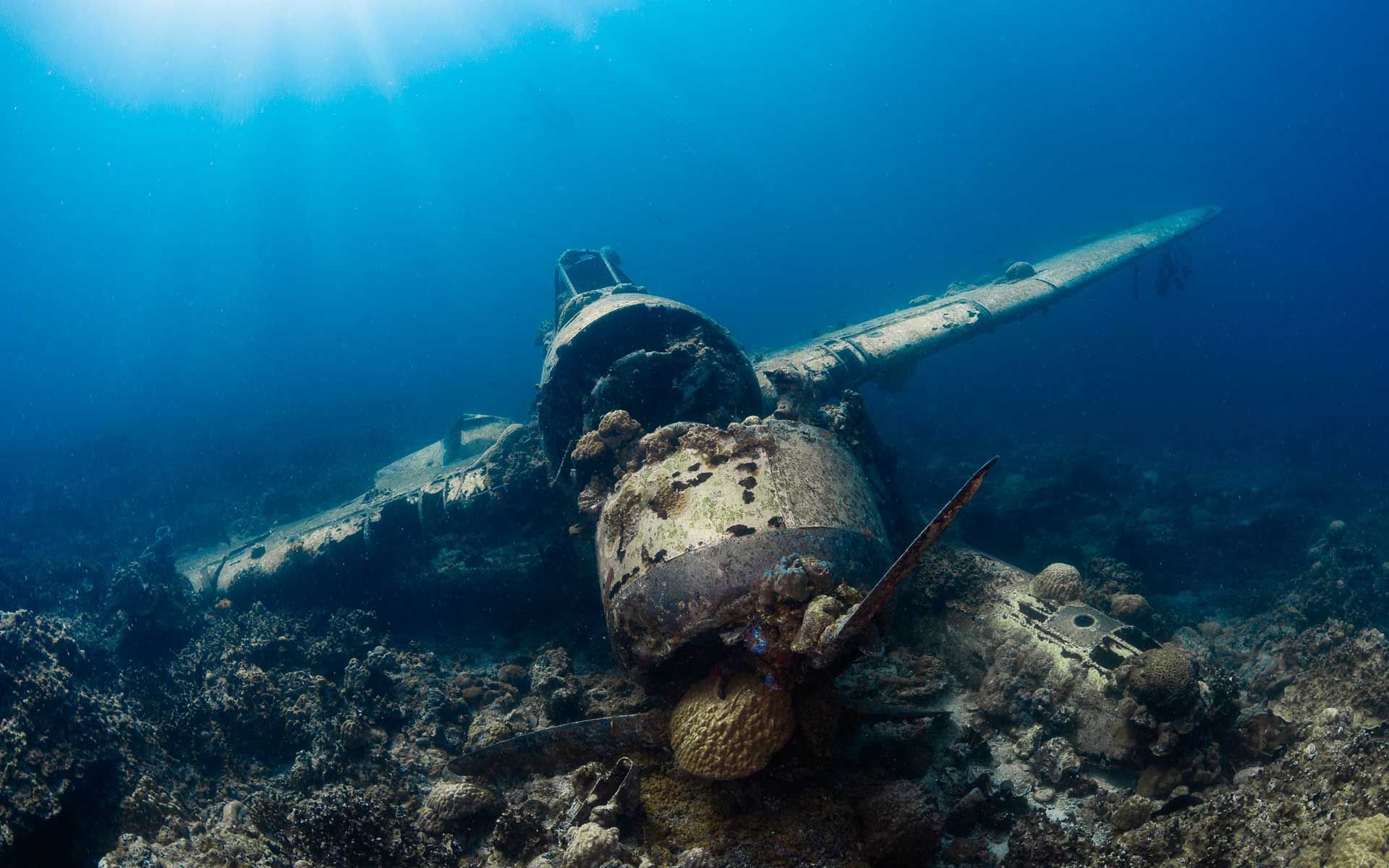 Underwater archaeology studies past cultures and human artifacts that submerged to the bottom of the sea. Researchers are not treasure hunting, but rather aiming to reveal essential information about past civilizations. Underwater sites are able to give a new perspective on our history and tell unique stories from millions of years ago.

Archaeology starts at shallow depths. In the intertidal zone, where land and sea collide, anything from modern-day items to ancient relics have been found. This is where humans first come in contact with the sea, so plenty of historic evidence has been found on fishing, ship repairing, submerged buildings or even the remains of convicted pirates that were buried underwater.

Submerged cities can be a result of an earthquake, soil liquefaction or a change in sea level. More often than not, these processes take place overtime (as opposed to a dramatic accident). Also, sea level has not changed that much during the last thousands of years, which would explain why most sunken ancient cities have been found in shallow depths.

An example of these shallow water discoveries would be the 800,000 year old footprints discovered off the coast in Norfolk, Britain. Another great example is the Roman town found in Baia, off the coast of Italy. In this underwater archaeological site, you can swim between ruins that are more than 2,000 years old.

Evidence of ancient commerce is also found in shallow waters, at slightly deeper levels, in the form of shipwrecks. However, it’s worth noting that few boat shipwrecks, most are abandoned in graveyards.

Archaeologists use these graveyards to gather information about historical shipbuilding techniques. Five ships that were deliberately sunk in shallow waters in Roskilde, Denmark were able to reveal precious information about how vikings used to craft their long vessels 1,000 years ago.

Further down the sea level is where structures like harbour walls can be found. This is the place where more shipwrecks remain that are a result of collisions, heavy storms or the aftermath of ancient sea battles. Some of these shipwrecks are still being explored to this day, like Blackbeard’s ship, which is still providing valuable data about what life was like as a pirate in the 18th century.

The best conserved shipwrecks are found at deeper levels. Some of the most important information about past civilizations was found past 15 meters of depth, where unexplored shipwrecks had been well preserved. A good example is the Antikythera shipwreck discovery, which has provided underwater archaeologists with vital data about the ancient Greeks. Submerged during the 1st century BC, it contained greek statues, trade goods and the first known computer in human history. An unknown device named the Antikythera mechanism which was able to log data from astronomical events such as eclipses.

Following the sea levels, around the 60 meter mark, some of the earliest signs of human history were found. More than 5,000 years ago, much of the water that now belongs to the sea was trapped by glaciers, resulting in more dry land on Earth. Old civilizations lived in these lands, where discoveries of stone tools, animal bones or camp areas have been found, giving us an insight to how our ancestors worked, hunted or even their migrating behavior.

At this depth we can also find airplanes or submarines, estranged during the World Wars.

Nobody in human history has ever walked the deepest ocean areas, so the only artifacts that can be found there are those that came from higher grounds, like NASA’s rocket engines (the Saturn V’s engine was found at 4,200 meters) or really deep shipwrecks like the Titanic, lying at about 3,800 meters of depth.

In 1912, it crashed with an iceberg during its inaugural cruise. After many expeditions tried to find it using sonar technology, in 1985 it was finally detected by a French-American expedition.

Our ocean is a huge underwater museum that keeps adding to our knowledge about human history with these artifacts. With just a portion of it being discovered, there is still plenty of data to be unlocked.