Sharks have their own underwater “café”.

Once a year, 20 percent of the great white shark population around the coast of California move from their usual hunting area (located close to shore) to warmer and more productive waters around Hawaii. The rest of the shark population head out to what was thought to be a desert area in the middle of the Pacific Ocean. 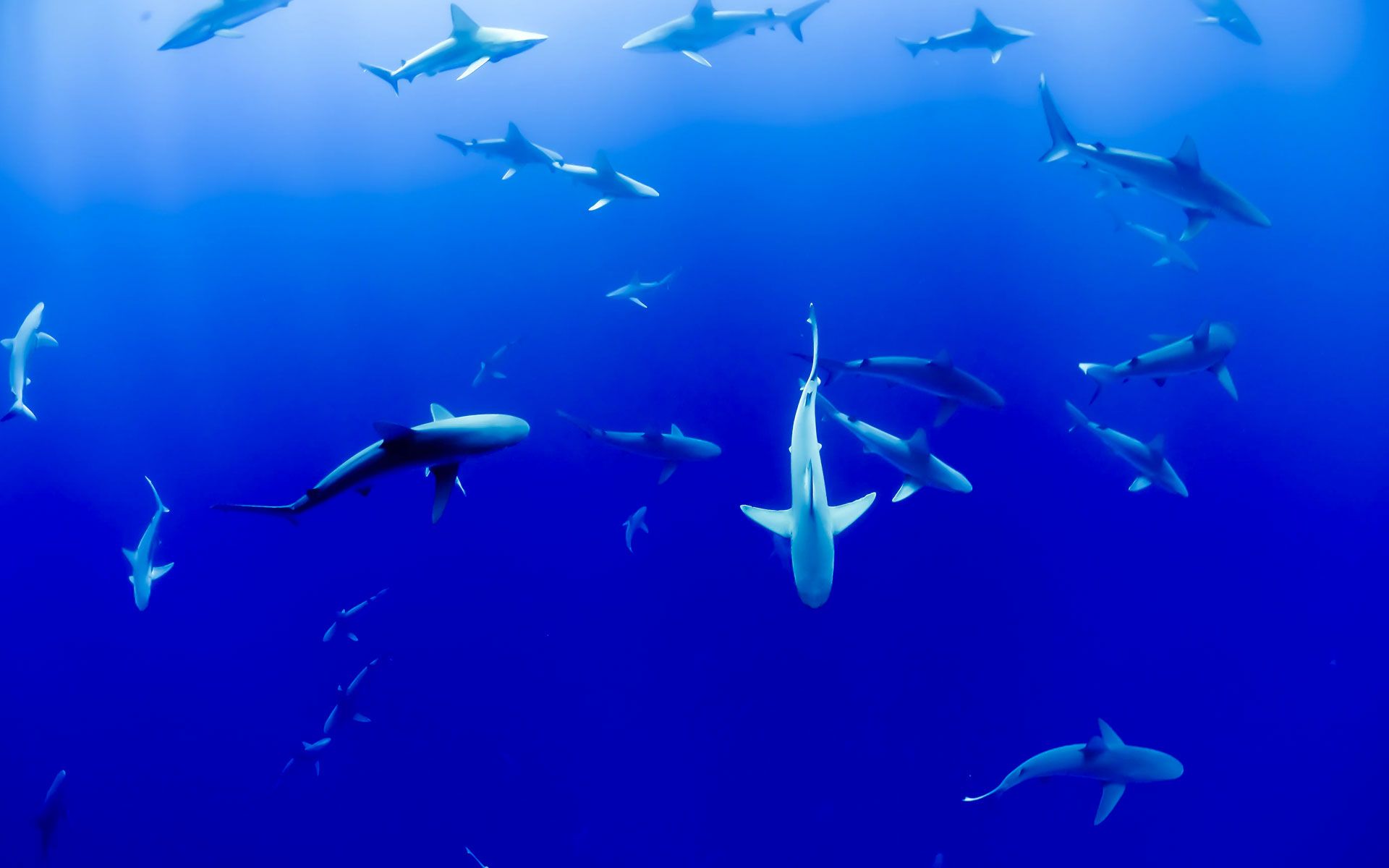 Once a year, 20 percent of the great white shark population around the coast of California move from their usual hunting area (located close to shore) to warmer and more productive waters around Hawaii. The rest of the shark population head out to what was thought to be a desert area in the middle of the Pacific Ocean. Marine researchers were puzzled by this behavior, so they decided to perform further investigation only to find out that sharks are actually on some sort of vacation at what was nicknamed the “White Shark Café”.

The White Shark Café (also known as the Shared Offshore Foraging Area) is a remote area located in the middle of the Pacific Ocean, between Baja California and Hawaii. It was nicknamed this way in 2002 by marine biologists from the Hopkins Marine Station (Stanford University) who were performing some research on sharks using tracking tags. The area was once believed to be an oceanic desert, with no food to attract the sharks. However, in 2018 Schmidt Ocean Institute’s research vessel “Falkor” was able to prove that it is in fact a great food supply. The small fish and squid that attract sharks move in a deep-water zone known as “mid-water” just above the deepest and darkest area of the ocean. They just hadn't been detected by satellites at such a deep level.

Marine scientists were able to track down sharks using tracking tags (like some sort of “shark wearables”). These tags allowed researchers to expand their interactions with sharks by following them on their open ocean journey and revealed highly important information like bizarre diving behaviors that take place while they are offshore.

Two types of tags were used, satellite and acoustic. Satellite tags provided shark location thanks to radio and satellite uplinks while the Falkor research vessel was at the Café. Acoustic tags were attached to more than 80 great white sharks over a four year period. With the help of a passive listening sonar, the signals from the tagged sharks are received and information processed.

At the café, sharks perform bounce dives, which are rapid oscillating diving patterns in a V shape. Sharks dive to deeper areas and quickly swim back up again. At night time, they perform this act to depths between 100-200 meters but during the day these rapid movements are performed to much deeper areas, about 450 meters below sea level. At such depths, water is lower in oxygen and temperatures are colder, which would explain the short time frame of their diving activities.

In 2016, a UNESCO report classified the White Shark Café as a potential World Heritage site. This unique area is critical to the protection of an apex predator like the great white shark and its conservation will promote global environmental health.