blog_post_view
The store will not work correctly in the case when cookies are disabled.
Account
Settings
Currency
EUR - Euro

Most of Earth's volcanic activity happens in the ocean.

A volcano is an opening in the Earth’s crust that expels lava onto its surface. Lava is the name given to molten rock when the volcano erupts. While this molten rock is beneath the surface, it’s referred to as magma. Together with lava, in a volcanic eruption solid rock, ashes and gases are also released. 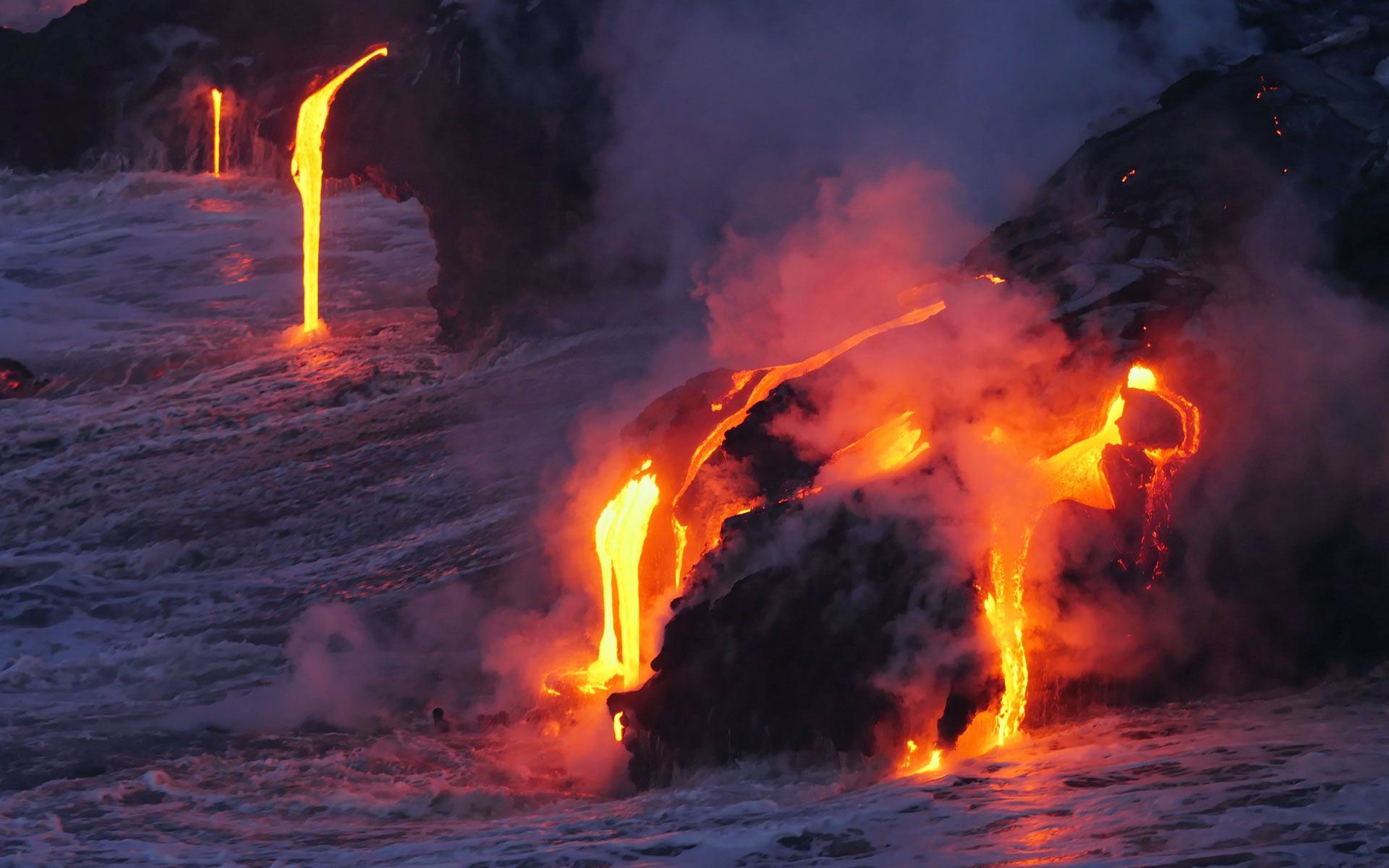 There is a higher number of volcanoes underwater. Because most of the deep ocean still remains unexplored, there are no exact numbers and most of the volcanic eruptions are not documented. This doesn’t stop submarine volcanoes from growing towards the surface, slowly, after each new eruption. When they eventually surpass sea levels, they become volcanic islands (like for example some of the Canary Islands in Spain, or Stromboli near Sicily).

The Ring of Fire

Also known as the Circum-Pacific Belt, the Ring of Fire is an approximately 40,000 kilometres long path that runs around the Pacific Ocean. Volcano and earthquake activity is high and frequent. 75% of the Earth’s volcanoes are located there and 90% of the Earth’s seismic activity happens in this area. This plethora of earthquakes and volcanoes comes as a result of the many tectonic plate movements that take place along the Ring of Fire.

How are volcanoes formed?

The majority of volcanoes form at the edges of the Earth’s tectonic plates. Tectonic plates are big pieces of Earth crust that are placed together like a puzzle. These plates are in constant movement over a hotter and softer layer of the Earth’s interior, but at a very subtle rate moving only a few centimeters each year. They can either move apart from each other or collide, and it’s precisely in the boundaries of this plate activity where volcanoes are formed.

Divergent plate boundaries are those where tectonic plates move in opposite direction from each other. Magma (molten rock located beneath the surface) keeps moving from the mantle up to this boundary building new plate material on both sides of it.

In the Atlantic Ocean, we can find a very well known divergent plate boundary named the Mid-Atlantic Ridge. The North American and the Eurasian tectonic plates move in opposite directions here. Hot magma moves upwards along the Mid-Atlantic Ridge, eventually cooling down and solidifying, becoming a new part of both plates. With this activity, high ridges are created on the ocean floor and interconnect to make the longest volcanic mountain range in the world at almost 60,000 kilometers.

Through the fissures in the mid-ocean ridges, magma and gases escape into the ocean. This underwater volcanic activity constitutes about 75% of the yearly volume of magma that reaches the Earth’s crust, and is the main reason why most volcanoes are found in submarine ridges, thousands of meters below sea-level.

If the magma coming from the ocean ridges reaches the ocean surface, it may create landforms. This is the case of, for example, the island of Iceland which is part of the Mid-Atlantic Ridge. The eruptions of its volcanoes Eyjafjallajökull (2010) and Bardarbunga (2014) were caused by the North American and Eurasian plates diverging.

Divergent plate boundaries not only exist underwater, but they exist on land too. A good example of this is the East African Rift, where a single tectonic plate was ripped in two because of diverging movements.

Convergent plate boundaries are those in which tectonic plates move towards each other. When they collide, it’s common for the most dense plate edge to be placed beneath the least dense plate. This subduction area may create deep trenches. As the convergent movement continues to take place, the denser plate edge keeps moving downwards. This causes the pressure and temperature in that area to increase, melting the mantle above creating magma. This magma can then rise through the plate, reaching the surface in the form of a volcano. Volcanic arcs (which are a series of volcanoes) can be created over millions of years through this process.

Most of these volcanic arcs are found in the Ring of Fire. If we could drain all the water out of the Pacific Ocean, we would be able to appreciate some of the deepest canyons running parallel to all these volcanic island and mountain ranges.

Not all volcanoes exist close to tectonic plate boundaries. Some of them are located many miles away from them, in what are known as Hot Spots.

According to geophysicist J.Tuzo Wilson’s theory, volcanoes that are not located close to a tectonic plate edge are created by incredibly hot spots fixed deeply below the Earth’s mantle. These hot areas would be able to melt the tectonic plate above them, causing magma to erupt onto the top of the tectonic plate without the need of being close to a plate boundary.

A well known example of a hot spot would be the islands of Hawaii. It is believed that this chain of islands has been forming over a hot spot located under the Pacific plate, for over 70 million years.

Wilson’s theory dates all the way back to 1963. More recent studies indicate that hot spots may be found at shallower depths, and slowly migrate over time instead of staying in a fixed location.

Around three-quarters of the Earth’s volcanic activity happens underwater. The effects of this submarine activity can’t be seen from the surface, but they can create unique habitats. Seamounts are underwater mountains rising from the ocean floor, and are areas of high biological diversity. They are the remains of extinct volcanoes and function as an oasis. A high biological diversity can be found in these areas, as their shape helps retain food-carrying currents from going upwards, attracting a great variety of fauna. Seamounts can also provide a place for organisms to settle and grow and can serve as habitat for endemic species, only found in these particular locations.